Australian surfer Sally Fitzgibbons is one of the best in the world, while surf cinematographer Rick Rifici is up the top of his field too. Sally happened to be in Western Australia recently just as a swell hit the coast, so it was only natural the two friends got in touch to go looking for perfect waves and incredible surfing imagery.

Leaving Perth the pair drove three hours south in their Land Rover Discovery Sport to Margaret River, a region famed for its incredible waves. After checking out the local caves and tall trees, then going for a quick surf, the pair checked into the stunning Injidup Spa Retreat where a personal chef prepared them a meal on the deck of their accommodation, looking out as the sun set into the Indian Ocean.

Waking early the next day, Sally and Rick teamed up with local surfing legend Paul Paterson and went off in search of surf. A short 4WD and jetski ride later it's safe to say Sally scored fun waves at one of Western Australia's most pristine beaches. A comfortable three-hour drive later the satisfied team arrived back in Perth, mission accomplished.

Want to recreate this adventure for yourself?

Get the itinerary now and find out how or click on the map to view it in full screen.
DOWNLOAD ITINERARY 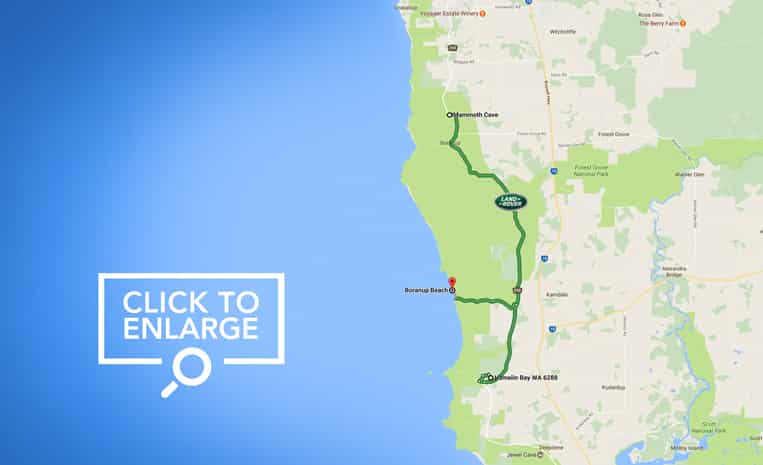