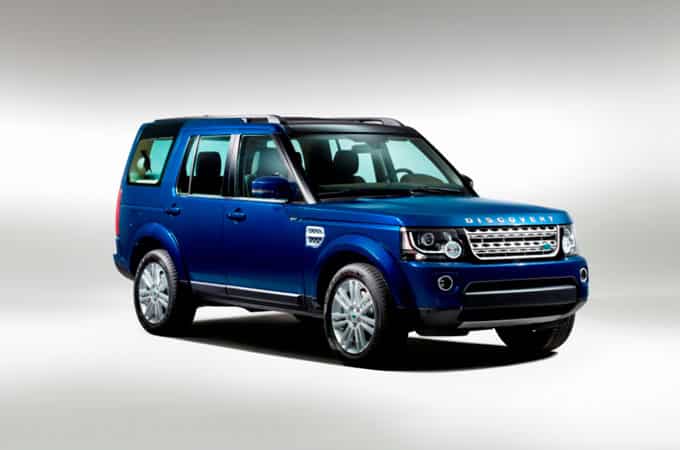 Frankfurt, September 3, 2013.
Land Rover announces the upgraded 2014 Discovery.  The multi-award winning vehicle gets a new look, new badging, new V6 petrol engine, improved audio systems and a new range of driver assistance, comfort and safety features to broaden its appeal even further.  The core attributes are carried over into the 2014 models which will be available to order now with deliveries March 2014.

“The hugely popular Discovery continues to move from strength to strength and the addition of the new 3.0 S/C petrol engine to the 2014 range underpins our commitment to delivering power with sustainability. The new 3.0 S/C petrol engine will be available in two derivatives, SE and HSE and be positioned at the same price points as the equivalent specification level SDV6.  As one of the world’s most stylish, capable and versatile SUVs, the Discovery is the perfect vehicle for people who enjoy living an active lifestyle to the full,” said Land Rover Global Brand Director, John Edwards.

New ‘Discovery’ badging
In recognition of the Discovery’s established identity, the refreshed exterior design for 2014 also incorporates a change of identity for the vehicle in many markets.  For the first time ever, the name ‘Discovery’ name replaces ‘Land Rover’ on the bonnet and the number 4 will be removed from the tailgate leaving just the word ‘Discovery.’

Engine badging moves from the tailgate to an ingot mounted on each of the front doors.  This side badging will reflect the engine type and appear as either, ‘SCV6,’ ‘SDV6’ or ‘TDV6’.

The new V6 generates 250kW and torque of 450Nm to deliver acceleration from 0-100kph in 8.1 seconds and a top speed 195kph.  Thanks to the new unit’s enhanced efficiency the 2014 Discovery with this engine produces just 285g/km of CO2.

To align the 2014 Discovery with other Range Rover vehicles, it will be available with Meridian premium audio systems. There is a choice of two Meridian systems an 11 speaker 380 Watt and an impressive Meridian Surround system that produces an impressive 825 Watts output and features 17 speakers.